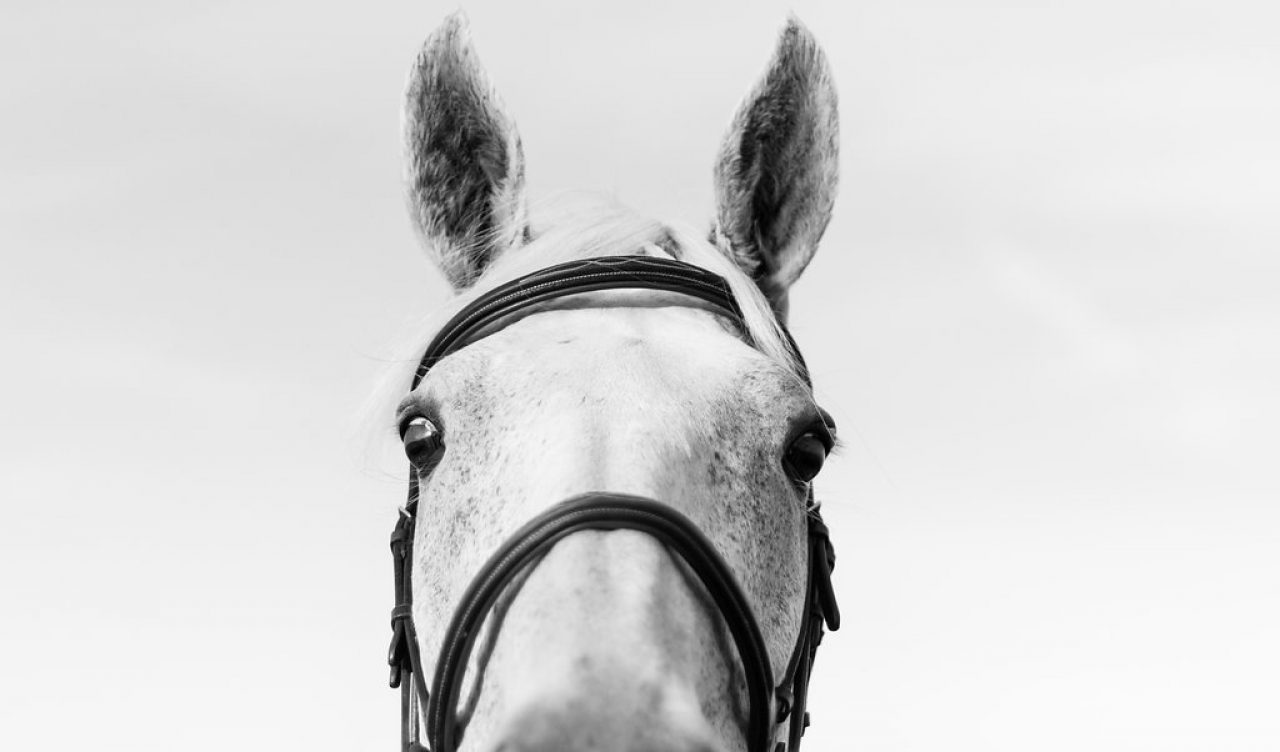 When I say I have shitty luck and I am always faced with setback, after set back – I honest to God mean it.

I had MONTHS of struggling with saddle issues for Abbey. I FINALLY got my saddle to fit her properly and she’s happy.

She’s lame. Like, dead lame. It’s heartbreaking and she’s such a diva so it makes it worse.

Abbey has lymphangitis aka “big leg syndrome”. It’s inflammation of the lymphatic vessels, but with constant work and turn out, the inflammation stays down and it is very easily managed. It doesn’t affect her performance, doesn’t cause any pain, doesn’t affect her jumping – nothing. It’s strictly cosmetic. The only MAJOR downside, of her having this is I have to watch her hind leg (the one with lymphangitis) constantly and very carefully. Any cut, mud fever, thrush, anything can cause her to have a flare up, which she is having now. And OMG… It is heartbreaking. I am a sucker for her diva ways and she knows how to certainly pull out the “Ohh… I am hurting diva card” and play that card with me damn good (this is where my Mother would say Abbey and I are meant to be together – because of my “diva” ways  -_-).

I rode Abbey on Monday and she was fine. She was just a little trippy, which I blamed on her just being lazy from the summer heat that afternoon. Then Tuesday she had the flare up, all within a matter of hours. After doing some googling and talking with my Coach/Barn Owner we believe this flare up is caused by scratches. There was a small patch by her fetlock, and within a few days after this flare up it has spread to the front of her leg.

It has been 6 days since her flare up and I do have to say she is MUCH better. She’s being hand walked daily, on a daily antibiotic and I am washing her leg/cold sponging it daily and applying zinc cream to any open abrasion. Any articles that I read online said MOST flare ups last 7-10 days if treated immediately – which we did.

With her having this flare up I have been looking into all kinds of preventative measures; from hind turn out boots, to herbs, to weekly antiseptic washes on that leg. My emotional self can’t handle seeing her go through it again… nor can I handle her pulling out the major diva card on me, LOL.

I know most people don’t write/talk about lameness or any issues with their horses – especially publicly, but I feel like Abbey’s lymphangitis issue doesn’t need to be kept in the dark (since it so obviously). It is not a life altering issue; it’s just a pain in the butt when there is a flare up. But since this has happened, I am going to be much better prepared if it ever happens again and I am going put in place preventive measures so Abbey doesn’t also have to go through it as well.

Hopefully within another week’s time we can FINALLY get back into a lesson program. What’s funny is that Tuesday (day of the flare up) my stomach was a mess; I felt so off, like something was wrong. So I went home to check on my dogs and they were fine so I played it off as I was just nervous to have my jumping lesson on Wednesday evening – we were finally going to start lessons again.  But nope, Ms. Abbey was the one that was off.  Isn’t it weird how sometimes you can just sense when something isn’t right?

Let’s hope this is the last damn set back – for like… ever.